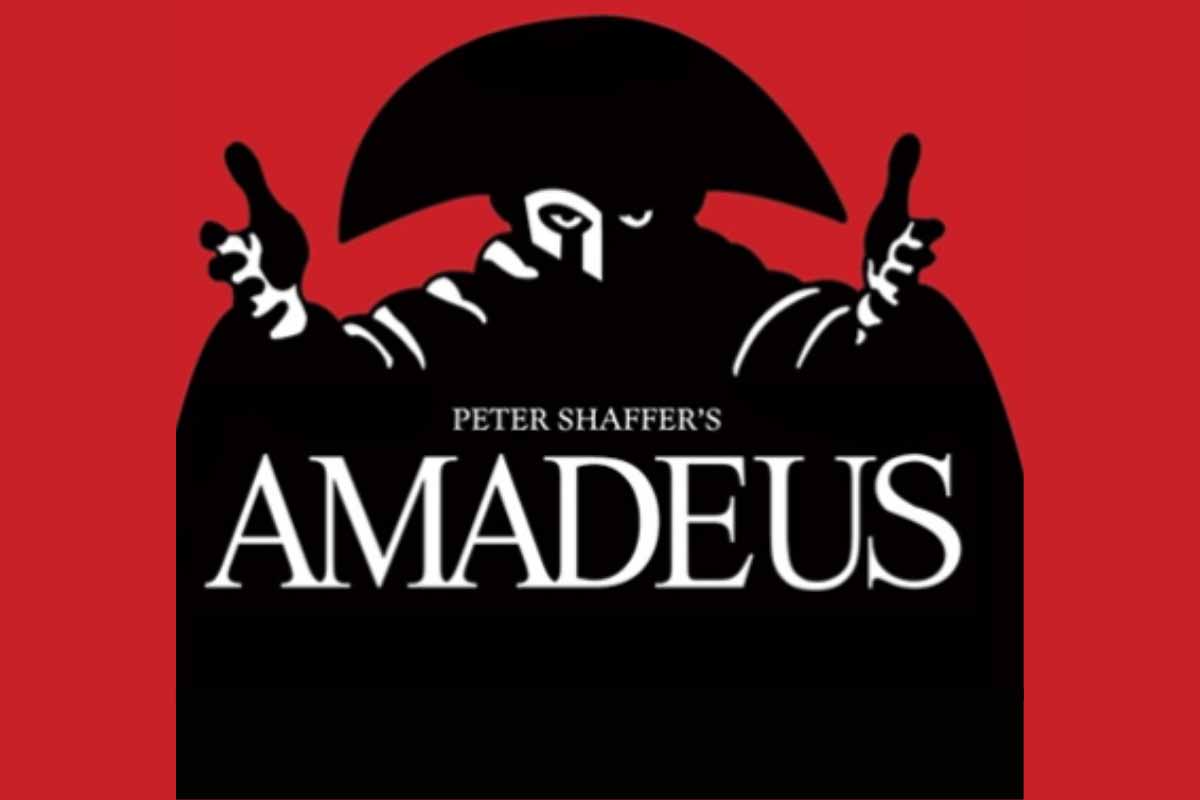 Peter Shaffer’s Amadeus is a reimagining of the lives of Antonio Salieri and Wolfgang Amadeus Mozart. This provocative work weaves a confrontation between mediocrity and genius into a tale of breathtaking dramatic power. In the court of the Austrian Emperor Josef, Antonio Salieri is the established composer. Enter the greatest musical genius of all time: Wolfgang Amadeus Mozart. Salieri has given himself to God so that he might realize his sole ambition to be a great composer. Mozart is a foul-mouthed, graceless oaf who has that which is beyond Salieri’s envious grasp: Genius. 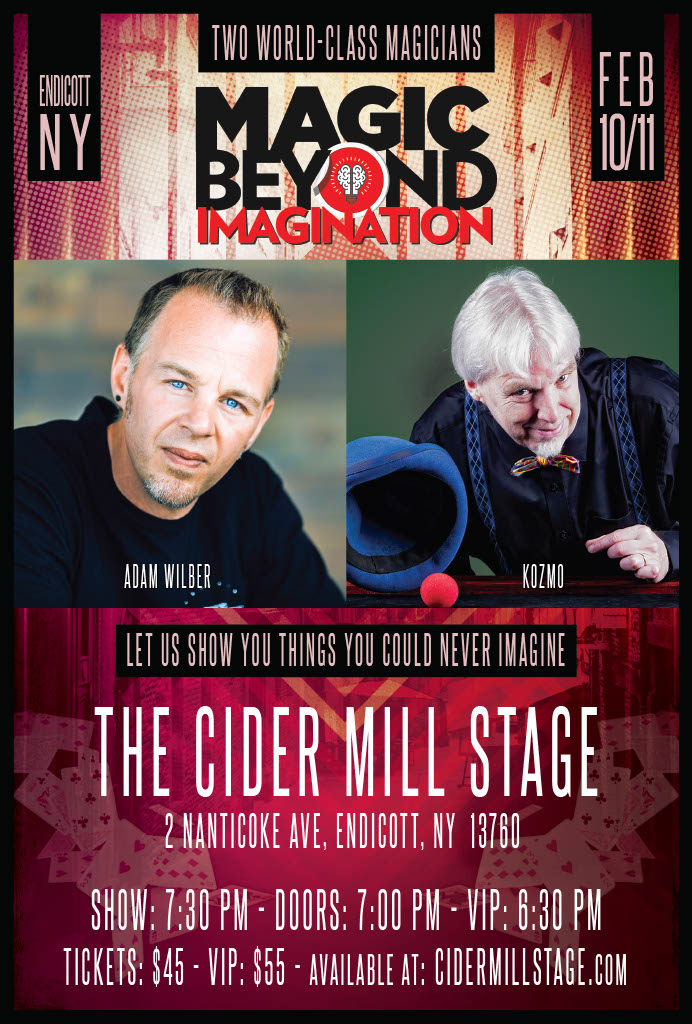 Two world-class magicians are coming to The Cider Mill Stage in Endicott, NY!

Advance general admission tickets are $45. A limited number of VIP tickets are available for $55 in advance.

VIP tickets include: early admission to the theatre, priority seating, and meet-and-greet performances by the magicians at 6:30 P.M.

Seating is very limited. Advance tickets are strongly recommended. This is a family event with a suggested age of 8 years and older.

Adam Wilber is a master magician, inventor, and speaker who has been captivating audiences for over two decades. His unique blend of sidesplitting comedy magic and mind reading has won him fans around the world. He has appeared at TEDx, on The Discovery Channel, and has triumphed on “Penn & Teller’s Fool Us.” Adam is the man The Discovery Channel called “The real deal in magical entertainment,” and Penn & Teller called Adam, “A genius!”

Kozmo is a legendary street performer, who has thrilled audiences from Bourbon Street to The Great Wall of China with his hilarious brand of magic. He will keep you in stitches and blow your mind with miracles using ordinary objects. In addition to performing at festivals and on street corners around the U.S., Kozmo has appeared on the Tonight Show and toured China.

With help from the audience, these incredible magicians will give you the gift of new and impossible magical moments beyond your wildest imagination. They have performed for some of the biggest stars in the world and now they are performing for you!

Let them show you things you could never imagine… 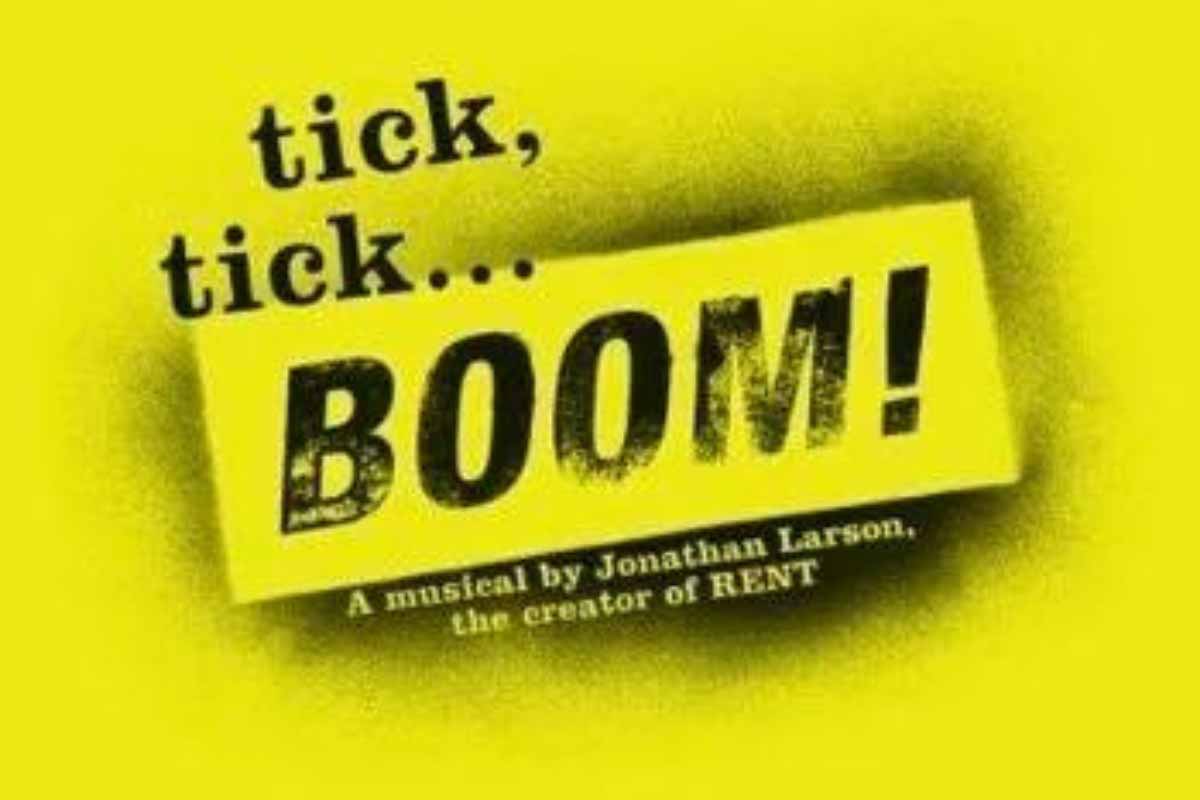 Before Rent, there was Tick, Tick… Boom!. This autobiographical musical by Jonathan Larson, the Pulitzer Prize- and Tony Award-winning composer of Rent, is the story of a composer and the sacrifices that he made to achieve his big break in theater. Containing fourteen songs, ten characters, three actors and a band, Tick, Tick… Boom! takes you on the playwright/composer’s journey that led to a Broadway blockbuster. His girlfriend wants to get married and move out of the city, his best friend is making big bucks on Madison Avenue and, yet, Jon is still waiting on tables and trying to write the great American musical. Set in 1990, this compelling story of personal discovery is presented as a rock musical filled with instantly appealing melodies and a unique blend of musical theater styles. 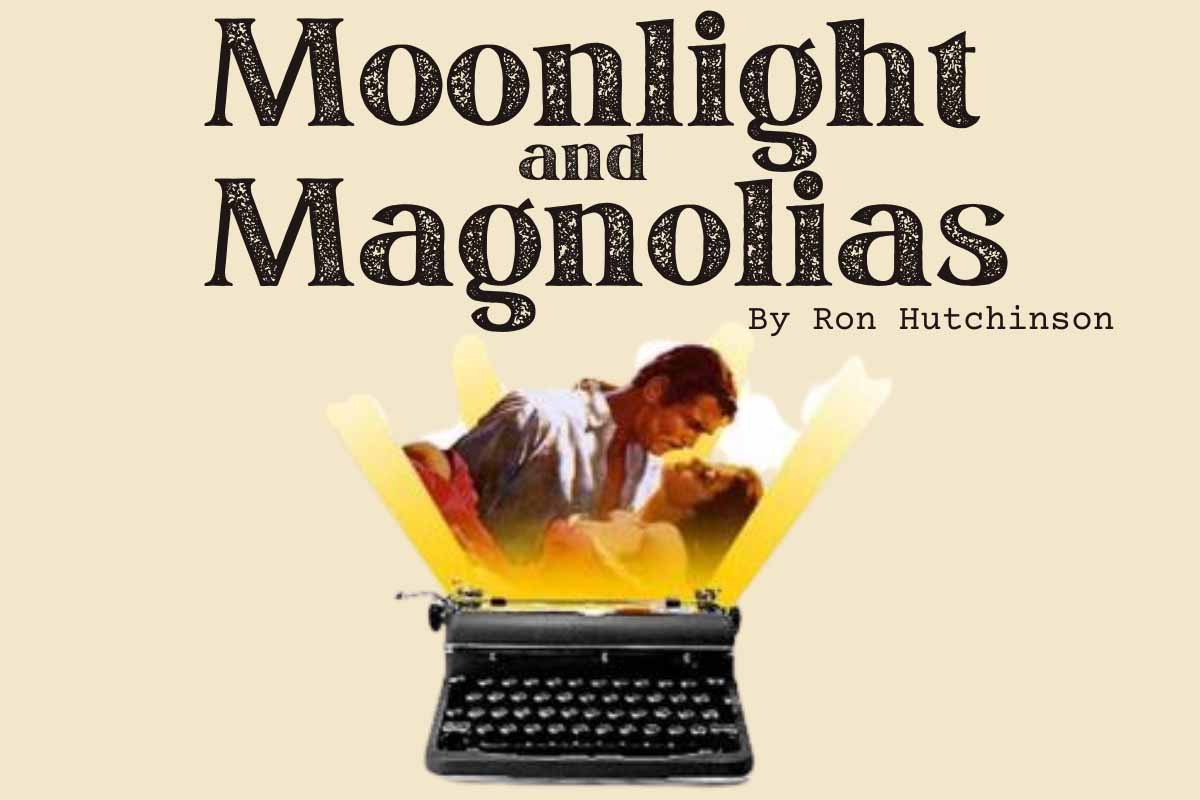 1939 Hollywood is abuzz. Legendary producer David O. Selznick has shut down produc-tion of his new epic, Gone with the Wind, a film adaptation of Margaret Mitchell’s novel. The screenplay, you see, just doesn’t work. So what’s an all-powerful movie mogul to do? While fending off the film’s stars, gossip columnists and his own father-in-law, Selznick sends a car for famed screenwriter Ben Hecht and pulls formidable director Victor Fleming from the set of The Wizard of Oz. Summoning both to his office, he locks the doors, closes the shades, and on a diet of bananas and peanuts, the three men labor over five days to fashion a screenplay that will become the blueprint for one of the most successful and beloved films of all time. 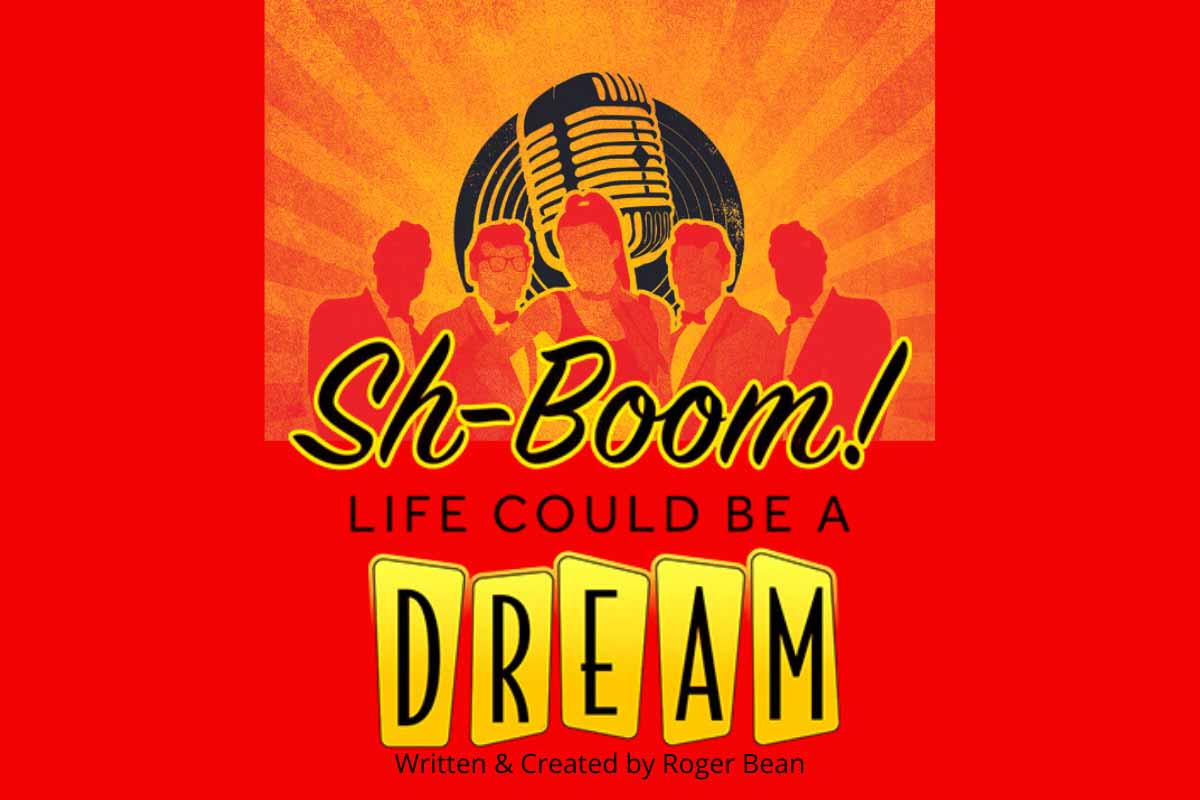 Sh-Boom! Life Could Be a Dream

Meet Denny and the Dreamers, a fledgling doo-wop singing group preparing to enter the Big Whopper Radio contest to realize their dreams of making it to the big time! Trouble comes in the form of Lois, who arrives to put some polish on the boys. Denny falls in love, Wally falls in line, Eugene falls apart, and along comes handsome heartthrob Duke to send the whole situation spinning. The ‘60s hits say it all: “Fools Fall in Love,” “Tears on my Pillow,” “Runaround Sue,” “Earth Angel,” “Stay,” “Unchained Melody,” “Lonely Teardrops,” and “The Glory of Love.” Winner of the Los Angeles Drama Critics Circle Best Musical Award, Sh-Boom! Life Could Be a Dream will leave you laughing, singing, and cheering— let’s hear it for the boys! 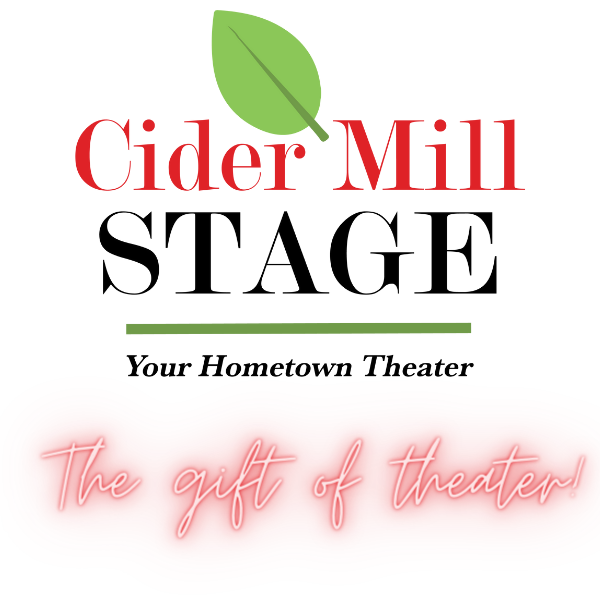 Know a family member or friend that loves the arts? Give the gift of theater to someone special. Gift Certificates never expire and can be given for any value or denomination you wish!

The box office at 2 Nanticoke Avenue
will be open 2 hours before curtain.

The theater space at the Cider Mill Stage is available for rental/lease for community and business meetings as well as productions of plays and musical performances. The space is available on a day by day, week or monthly basis.

The theater is cabaret style seating with seating for 225. There is a snack bar available and ample on-site parking. 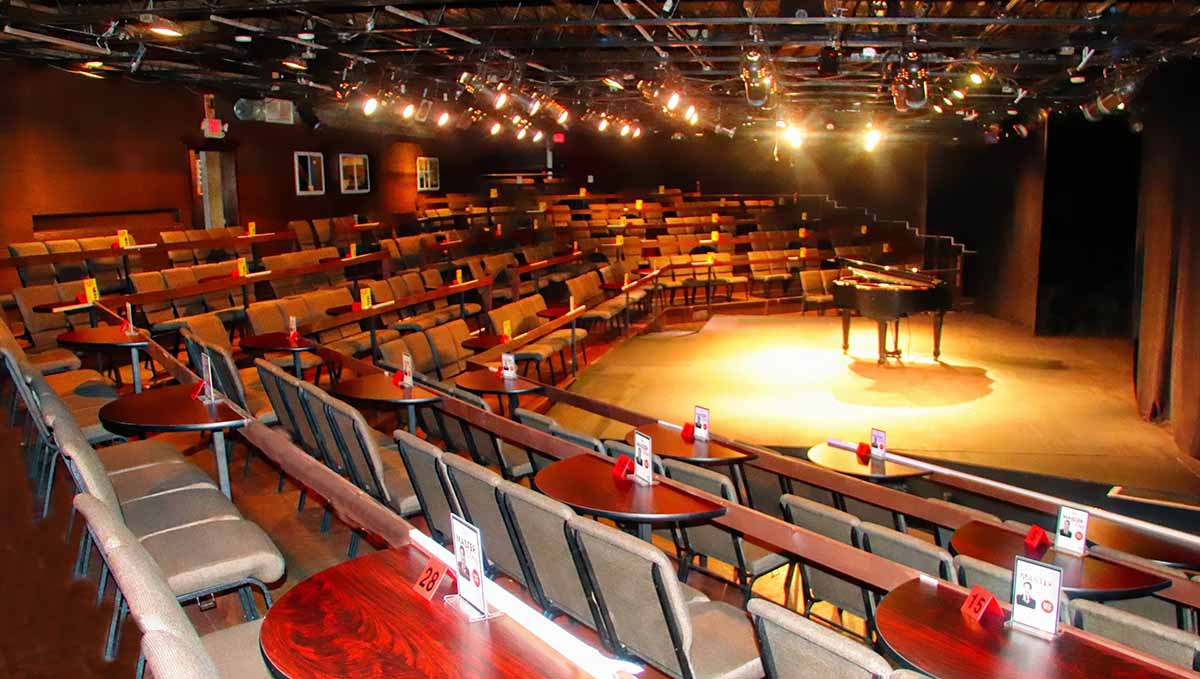