It's Only A Play

It’s the opening night of The Golden Egg on Broadway, and the wealthy producer Julia Budder is throwing a lavish party in her lavish Manhattan townhouse. Downstairs the celebrities are pouring in, but the real action is upstairs in the bedroom, where a group of insiders have staked themselves out to await the reviews. The group includes the excitable playwright; the possibly unstable wunderkind director; the pill-popping leading lady, treading the boards after becoming infamous in Hollywood; and the playwright’s best friend, for whom the play was written but who passed up this production for a television series. Add to this a drama critic who’s panned the playwright in the past and a new-in-town aspiring singer, and you have a prime recipe for the narcissism, ambition, childishness, and just plain irrationality that infuses the theatre—and for comedy. But don’t worry: This play is sure to be the hit they have all been hoping for.

Terrence McNally’s irreverent backstage farce “about the comedy of Broadway” is alternately raucous, ridiculous, and tender.

Recognized as the longest-running comedy thriller on Broadway, “Deathtrap,” by Ira Levin is a play within a play.

Seemingly comfortably ensconced in his charming Connecticut home, Sidney Bruhl, a successful writer of Broadway thrillers, is struggling to overcome a dry spell which has resulted in a string of failures and a shortage of funds. A possible break in his fortunes occurs when he receives a script from a student in the seminar he has been conducting at a nearby college—a thriller which Sidney recognizes immediately as a potential Broadway hit. Sidney’s plan, which he devises with his wife’s help, is to offer collaboration to the student, an idea which the younger man quickly accepts.

Thereafter suspense mounts steadily as the plot begins to twist and turn with devilish cleverness, and with such an abundance of thrills and laughter, that audiences will be held enthralled until the final, startling moments of the play.one of the great popular successes of recent Broadway history, this ingeniously constructed play offers a rare and skillful blending of two priceless theatrical ingredients: gasp-inducing thrills and spontaneous laughter.

Dealing with the devious machinations of a writer of thrillers whose recent offerings have been flops, and who is prepared to go to any lengths to improve his fortunes, “Deathtrap” provides twists and turns and sudden shocks in such abundance that audiences will be held spellbound until the very last moment.

The Music of Claude Bolling in Concert 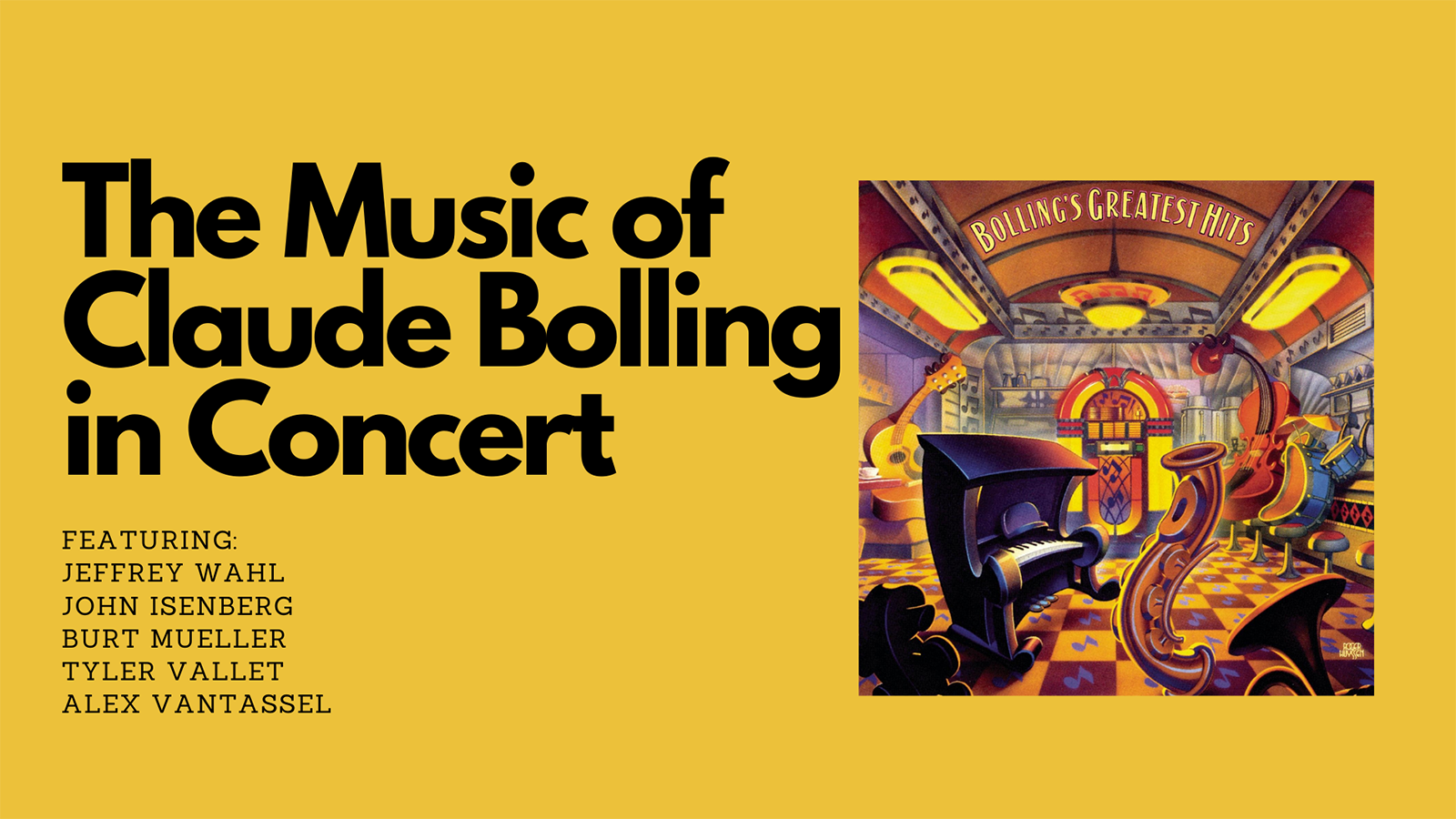 Forever Plaid: Plaid Tidings is a brand-new show that offers the best of Forever Plaid tied-up in a nifty package with a big Christmas bow on top! Filled with Christmas standards that have all been “Plaid-erized,” our boys are back to do their Christmas Special. At first they aren’t sure why they’ve returned, but a phone call from the heavenly Rosemary Clooney lets them know that they’re needed to put a little harmony into a discordant world.

Sprinkled among the Christmas offerings are audience favorites like their riotous three minute and eleven second version of “The Ed Sullivan Show” – this time featuring the Rockettes, the Chipmunks and The Vienna Boys Choir, and a Plaid Caribbean Christmas which puts the “Day-O” in Excelsis! This is one holiday treat that is truly “heaven-sent!”

John Bielenberg’s adaptation of the Charles Dickens classic “A Christmas Carol” returns to Endicott NY this year in the original venue where the magic began. Join Tom Kremer as Scrooge and many other Cider Mill favorites as they reprise their roles in this magical Holiday Tradition.

A Christmas Carol is recommended for children 7 and older.

The box office at 2 Nanticoke Avenue
will be open 2 hours before curtain.

The theater space at the Cider Mill Stage is available for rental/lease for community and business meetings as well as productions of plays and musical performances. The space is available on a day by day, week or monthly basis.

The theater is cabaret style seating with seating for 225. There is a snack bar available and ample on-site parking. 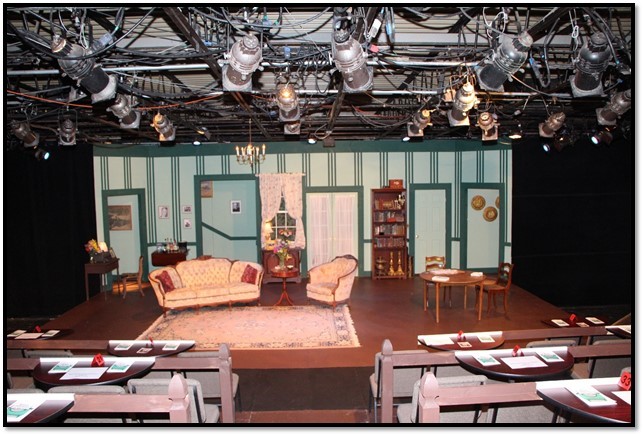 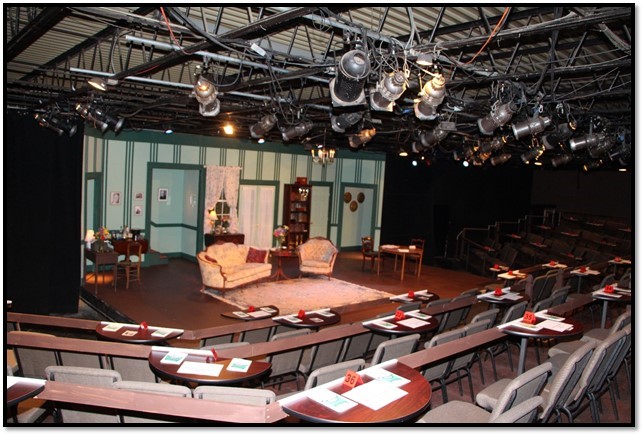 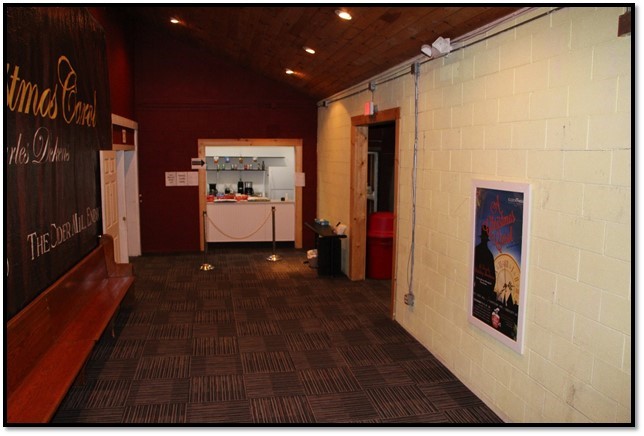